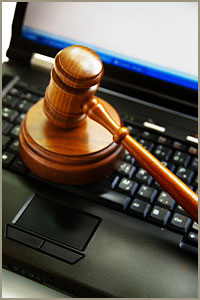 Images involving child pornography are illegal under federal law. As a form of child sexual exploitation, those images are not protected by the First Amendment. Child pornography cases have grown significantly over the last 10 years and now account for nearly 2,000 federal cases year years.

In any possession of child pornography case prosecuted in federal court, the sentence imposed after a conviction is harsh. In addition, the ultimate sentence can be increased for many additional reasons that would seem to be a part of the underlying crime. For instance, the punishment for federal child pornography charges can be increased if the offense involves aggravating factors such as:

The penalties can also be increased if the offender has a prior conviction for child sexual exploitation. Such a prior record could subject the offender to a sentence of life in prison if convicted of the new offense.

As the United States Congress has created longer and longer sentences for child pornography crimes, it has also required the U.S. Sentencing Commission to increase the advisory federal sentencing guidelines for those offenses. As a result, the length of child pornography sentences in federal court has increased nearly 500 percent in the last 15 years.

Although Florida law prohibits the possession, distribution or production of child pornography, federal jurisdiction is implicated if the crime occurred in interstate or foreign commerce, or an attempt is made to use the Internet overseas.

Interstate commerce can arise through the use of a computer or the Internet to view or distribute the image. It also applies to the use of mail or common carrier to transport the contraband across the state or into the country. It is important to note that an offender can be prosecuted under state child pornography laws in addition to, or instead of, federal law. Neither law is gentle. Both are tough, and the federal prosecutions quicker and more harsh, with less discovery and lead time to prepare a defense.

The term child pornography is defined by Section 2256 of Title 18, United States Code, as any visual depiction of sexually explicit conduct involving a minor. A minor for the purposes of federal pornography laws are defined as any person under the age of 18 years old, even if the the age of consent for sexual activity in the state where the crime was committed is less than 18 years old.

Illegal visual depictions under federal law can include:

Under the legal definition of child pornography, the visual depiction does not necessarily have to involve a child engaged in sexual images. A child that is not clothed can constitute illegal child pornography if it is sufficiently sexually suggestive.

Section 2251 makes it illegal to coerce, entice, induce, or persuade a minor child to engage in sexually explicit conduct for purposes of producing visual depictions of that conduct. Even a first-time offender convicted of producing child pornography under 18 U.S.C. § 2251, face fines and a statutory minimum of 15 years to 30 years maximum in prison.

Section 2251A of Title 18, United States Code, prohibits any parent, legal guardian or other person in custody or control of a minor under the age of 18, to buy, sell, or transfer custody of that minor for purposes of producing child pornography.

Section 18 U.S.C. § 2252, prohibitions transporting child pornography in interstate or foreign commerce. A first-time offender convicted of this offense faces fines and a statutory minimum of 5 years to 20 years maximum in prison.

Additionally, any individual who attempts or conspires to commit a child pornography offense is also subject to prosecution under federal law. Attempting to access the Internet to send or receive child pornography is punishable as well.

Child Pornography Crimes in Federal Court – Visit the website for the United States Department of Justice to find general information from the Child Exploitation and Obscenity Section (CEOS) about child pornography crimes prosecuted in federal court and the efforts to deter and eradicate the possession, distribution, and production of images of child sexual abuse. Learn more about how child pornography prosecutions have changed over time. Also find out why these crimes are so devastating to the victims of child pornography.
Growing Judicial Rebellion Against Harsh Sentences For Child Pornography Offenses — A scholarly article by former US Senator Arlen Specter and Linda Dale Hoffa explaining the problems with federal child pornography sentences and discussing whether the laws should be changed. The article was published in October of 2011 by The Champion, a monthly publication of the National Association of Criminal Defense Lawyers (NACDL).
Sentencing Commission Issues Report Assessing Penalties for Child Pornography Offenses - Visit the website of the United States Sentencing Commission to find a press release published on February 27, 2013, which explained the commission’s comprehensive report to Congress examining federal sentencing policy in child pornography cases.