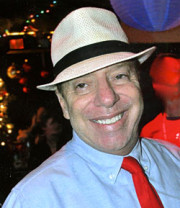 Norm Kent graduated from Hofstra University and Hofstra School of Law and has over 30 years of professional law experience.

Named by the Sun Sentinel in 2002 as one of the 25 most influential personalities in Broward County, Mr. Kent has overseen a law practice known for its vigorous defense of constitutional and first amendment rights of its notable clients, which include radio stations, newspapers, and prominent talk show hosts.